Here’s an interesting quote from Humphrey Lee, author of a recent graphic novel:

I think it also might be an issue I have with graphic novels as a medium though. When I read a really good novel or see a great movie I can be moved to (almost) tears. I refuse to cry if I can help it. But the point is, these two other mediums can push me to that point where I am fighting the urge to cry. So, that said, I’ve read thousands of hours worth of comics but there’s been one comic that ever made me feel that lump in my throat. So I think I’ve made it one of my unconscious (and now conscious as I talk about it) goals to create a book where you can really feel something. Where you can make those characters feel real.

It made me think, have I ever been emotionally moved by a graphic novel or a comic?

I have a weird emotional relationship with comics. The first time I can ever remember feeling depressed was reading a comic when I was six years old, it was a lame DC crossover series called Armageddon 2001. It was my first exposure to the new grim ethos sweeping comics as opposed to the adventurous spirit that I was used to. I was so devastated by that comic that I remember trying force my mind to forget that I’d ever read it–which never works. A comic that followed shortly after which also had a big emotional impact was The Infinity Gauntlet. In it the villain manages to kill just about every superhero in the Marvel Universe in graphic fashion (in true comic book form, they all come back to life at the end, but I don’t think I ever read that issue). I remember being very disturbed by this. I can still picture comic panels in my head of my favorite heros dying.

Since then, comics still have a shocking power over my moods, even as an adult. I’ve learned to be very careful about what I read. I can read a comic and a single page might throw me into low spirits that linger for the rest of the day. A phycologist would probably have a field day with me. This has also made me extremely careful, maybe needlessly so, about the comics I let my kids read.

The odd thing is comics have far more power over me then movies for example. I can watch something grim and violent like Saving Private Ryan or Black Hawk Down and walk away affected but in a positive mood. But I guarantee you that had I read those in comic / graphic novel form, I would have walked away extremely depressed.

So comics have a surprisingly high ability to affect my emotions for the worse. But what about in a positive manner? Now I’m not sure. I love comics but most of the enjoyment I get is from the adventure they offer. That’s why I love Tintin, Carl Bark’s Ducks, and Terry and the Pirates. But has a comic ever gone past the adventure into deeper emotions? I can think of a few times.

1. Supergirl’s Death: In Crisis on Infinite Earths, DC decided to clean out a few of their characters. The biggest being Flash and Supergirl. The issue where Supergirl meets her fate was surprisingly moving. Comics don’t handle subtle emotions very well (as evidenced by Superman ugly-crying on the cover) but this issue really hit some deep notes. It mostly emphasized Supergirl and Superman’s platonic, familial love for each other as being cousins and the last survivors of their world. I think it worked because it wasn’t the old romantic cliche of someone losing a boyfriend or a girlfriend which happens all the time in comics. Anyway, I have the issue if anyone wants to borrow it. It’s a good one.

2. Terry and the Pirates, Raven’s death. Terry and the Pirates is an amazing strip with a huge cast of characters. The adventure and humor is top-notch. But in the middle of the strip the creator (Milton Caniff) did something that was unheard of in that day and age of newspaper comics: he killed off one the main characters. That segment of the strip is one of the most powerful comics that I’ve read. Caniff’s use of shadows and the lack of dialogue or narration is very powerful. It’s hard not to be moved when you read it. Also, the way he chose to wrap up the strip is interesting too. Instead of bringing the whole cast of beloved characters in for a final bow, everyone goes their separate ways and many things are left totally unresolved. It was a meloncholy way to wrap up such a fun adventure but also felt right–kind of like the characters had all grown up into real life. It was poignant.

3. The Life and Times of Scrooge McDuck. Embarrassing to admit: This is probably the closest I’ve come to crying while reading a comic. “It’s a kid’s comic,” you might think. Well, yes, and that’s probably why it’s so good. If you grew up only knowing Scrooge McDuck from the DuckTales TV show then you won’t get what I’m talking about. The Scrooge created by Carl Barks is a very different character from the TV version.

Here’s a bit of background:  Carl Barks created Scrooge McDuck “World’s Richest Duck” as an a minor character for the Donald Duck comics. However, Scrooge took on a life of his own and quickly became central to the series. Through the years he was constantly dropping hints as to how he gained his fabulous wealth. Finally in the 90’s a Barks disciple, Don Rosa, decided to write the definitive history of Scrooge McDuck as a series. The result was the award-winning Life and Times of Scrooge McDuck. Rosa was a meticulous researcher of history and wrote the story in the same way someone might write a historical novel. Scrooge travels through the world seeking his fortune somewhat reminiscent of a late 1800’s Forest Gump: bumping into characters like Wyatt Earp, Teddy Roosevelt, and Jesse James. It a gripping and often hilarious read.

But Scrooge’s arc as a character is not what you’d assume for a comic like this. He starts off as an idealistic, optimistic young boy who ventures into the world seeking to restore greatness to his family and sticking to a strict moral framework of honesty and integrity. His family is the driving force behind his seeking wealth along with his desire to succeed by doing things the honest way. But along his path, he slowly grows harder and more and more greedy until he finally abandons his morals and begins cheating people and using force to extort money.

Below is the ending of the series (aside from an epilogue), which made me get a little weepy. (Click on the panels to zoom in.)

It’s a tragic story and somewhat cautionary. Ironically enough, a children’s comic is far more mature than most of the graphic novels I’ve read. It tells a powerful story without any of the gruesomeness and pornographic tendencies so common today.

Overall, maybe that’s why I emotionally connect to these comics. Most comics today rely on ridiculous art and increasingly grim characters. They want to shock and titillate but the result are mean, ugly stories that are impossible to connect with on a positive emotional level. Most comics I read today aren’t about real people–they’re the equivalent of lame action movies.

But on the rare occasion when an artist will actually invest in creating a real character and tell a story that contains eternal truths–the results can be powerful. I mean, think about it, a story about a duck wearing a top hat almost brought me to tears.

So what about you? Have you ever been emotionally impacted by comic in a positive or a negative way? I’d love to hear if you have.

3 thoughts on “Anyone ever cried reading a comic?”

Custom T-Shirts from One Drawing a Day contributors.

Subscribe to the Culturezoo Podcast by Levi, Rosalyn & friends. 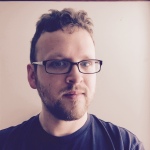 Everyone has 10,000 bad drawings inside them. Watch as Levi Nunnink, Rosalyn Lee, & friends work them out of their system.

“All artists are willing to suffer for their work. But why are so few prepared to learn to draw?” ― Banksy